Best places to stay in the Cotswolds (Town & Accommodation Guide)

Are you planning to visit the Cotswolds and looking for the best accommodation options for your stay? We have put together this ultimate guide to the best places to stay in the Cotswolds which is guaranteed to help you find the perfect place.

Running through 5 counties (parts of Oxfordshire, Worcestershire, Warwickshire, Wiltshire and Gloucestershire) and spread over 800 square miles of central southern England the Cotswolds is an area full of charming towns and villages, traditional country pubs and weathered honey stone cottages.

With so many beautiful towns and villages to choose from deciding where to stay when you visit the Cotswolds can feel overwhelming.

First, read our guide to help you choose the best Cotswold town or village for your stay then select from 3 beautiful accommodation options in each destination depending on your travel style and budget.

This post may contain compensated links meaning if you buy through them we get a small commission at no extra cost to you. Please read our full disclosure for further information. As an Amazon Associate, I earn from qualifying purchases.

Overview of the best Cotswold towns and villages for your stay

👙 Best hotel with spa – The Lygon Arms in Broadway ⭐️⭐️⭐️⭐️

Best places to stay in the Cotswolds – location and accommodation guide

We highly recommend choosing a base and planning your Cotswolds itinerary from there. In this section, you will find our choices of the best accommodation options in the most popular towns, villages and cities in the Cotswolds.

All along the river there are grassy banks and centuries-old houses made out of the trademark yellow Cotswolds stone. In fact, this place is so attractive that it’s regularly cited as one of the prettiest villages in England.

If you decide to travel to the Cotswolds by train it is good to know that Bourton-on-the-water can be easily reached from the train station at nearby Moreton-in-Marsh.

You will find plenty of traditional pubs, quaint cafes and eateries in Bourton-on-the-Water which make it a very pleasant place stay.

Don’t miss the Model Village – a scaled version (1/9 the size) of the actual village of Bourton-on-the-Water itself. It even includes the river and footbridges, too.

Needless to say, Bourton-on-the-Water gets very busy in the summer months, when visitors flock to the village to see this quintessentially English settlement so ensure you book accommodation well in advance. 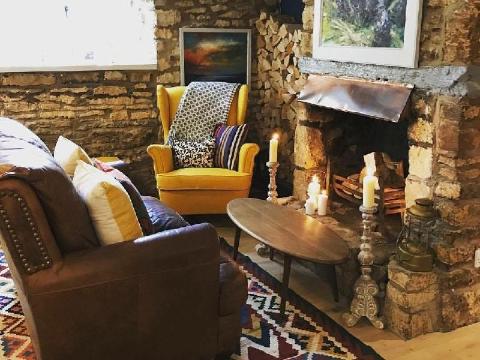 There’s plenty of charm in Broadway, a large village with a high street packed full of shops, eateries and pubs. In fact, this street – itself called the Broadway – is one of the longest high streets in the whole of England.

Often dubbed the “Jewel of the Cotswolds”, at the centre of the village there’s the Green, lined with red chestnut trees and backed by the classic limestone Cotswold buildings. Many of the buildings in this village date back to the 16th century.

Broadway was once very popular with artists, writers and other creatives in the Victorian-era, and in particular became a center for England’s Arts and Crafts movement. Some of these included John Singer Sergeant and composer Edward Elgar.

It was described in a 1934 travelogue as “the most English and the least spoiled of all our countrysides”, and today the village still retains much of its original charm.

Broadway offers a variety of accommodation options and is a popular base for visitors to the Cotswolds. 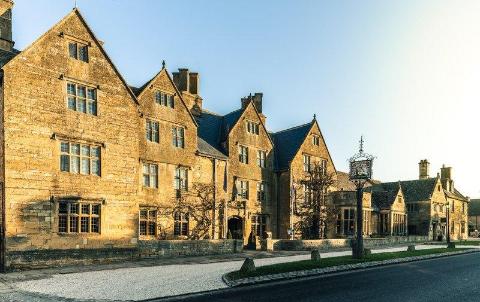 The small, but rather bustling market town of Chipping Campden (“chipping” actually means marketplace in Old English) marks the start of the Cotswolds Way: a footpath that stretches from here for 100 miles to the city of Bath. Chipping Campden boasts a particularly elegant high street that’s terraced, and dates from between the 14th and 17th centuries.

In the middle ages, Chipping Campden was the centre of the thriving wool trade; many wealthy wool merchants would spend time in the town.

Visitors today can enjoy the rich architecture and numerous historic buildings. The 15th-century church at Chipping Campden is stunning and boasts a 120-foot spire and altar tapestries that are not only the oldest in the UK but in the world.

There are plenty of old inns and hotels for rustic comfort, as well as shops and restaurants housed inside heritage buildings. 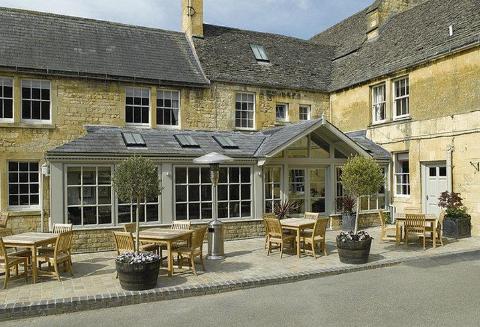 A friendly welcome right in the heart of the village 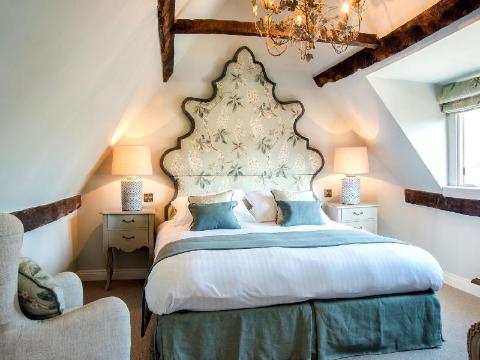 Stow-on-the-Wold is another of the Cotswolds market towns built on the lucrative wool trade that simply oozes charm. Sitting atop an 800-foot hill, it’s actually the highest town in the Cotswolds, and was first founded by Norman lords who wanted to profit from the trade that passed through the area.

Fairs have been held here since 1330, by order of a Royal Charter, and used to take place in the central square. A horse fair still takes place to this day (although on the outskirts of town).

If you like antiques, you should definitely make a beeline for Stow-on-the-Wold: it’s one of the best places to browse in the Cotswolds for antiques, and actually has a reputation for having some of the best antique shops in the UK.

There are charming tea shops for afternoon tea, for when you need a pick me up, while those interested in cricket should swing by Cotswold Cricket Museum, situated on the rambling Sheep Street. 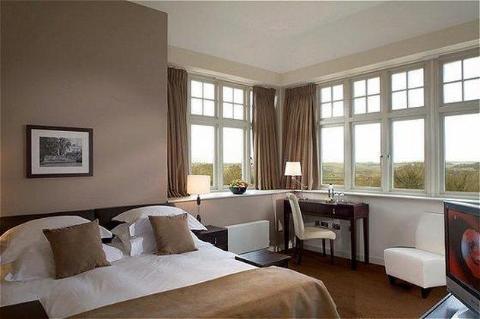 Great location in the middle of the town Often labelled the “Gate of the Cotswolds” Burford is nestled in the Cotswold Hills. Its name is Anglo-Saxon in origin and means “fortified hill town with a ford”. The “hill” part is certainly still true. It boasts wide, sweeping views across the lush, open countryside that rolls down to a narrow medieval three-arched bridge that crosses the River Windrush.

There are many local legends to learn about here: from cursed, fiery carriages flying around at night, to the Battle of Burford, and the Golden Dragon.

Burford was built up as a market town between the 14th and 17th centuries, as it is situated on the confluence of what were once important trading routes.

It’s located less than 20 miles from Oxford, with Stratford-upon-Avon—the hometown of William Shakespeare – around 40 minutes drive to the north. But for something closer, try the stately home of Blenheim Palace (20 minutes away).

Historical Cotswold Inn that dates back to the 15th century 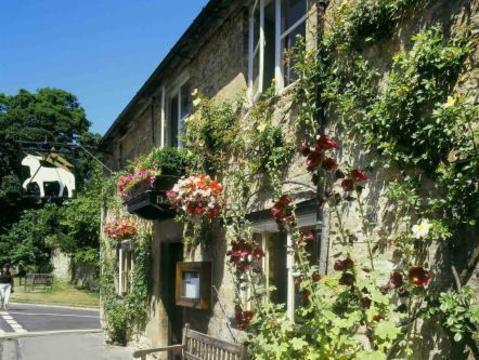 Cited by William Morris as the most beautiful village in England, Bibury is one of the most popular tourist attractions in the Cotswolds.

It’s here that you’ll find the famous Arlington Row: a group of incredibly charming cottages originally built in 1380 as a monastic wool store and converted into accommodation for weavers in the 17th century.

Among its bucolic streets, you’ll find tea houses, inns, and a charming church. There’s charm just about round every corner.

For something a little different, you could head to Bibury Trout Farm; founded in 1902 by Arthur Severn, it was made to supply the local rivers and waterways with native brown trout. Each year the hatchery here spawns over 6 million trout for rivers across the Cotswolds. 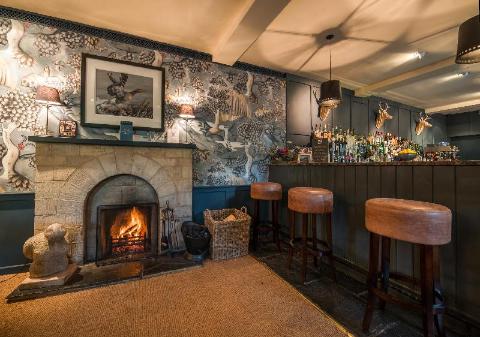 THE BOTHY ON THE GREEN The twin villages of Upper and Lower Slaughter make up the Slaughters. This dual spooky-sounding village isn’t as gruesome as you think: “slaughter” derives from the Old English word “slough” meaning “wetland”. This idyllic Cotswolds village sits along the River Eye and is like a snapshot of times past; no new building has taken place here since 1906.

Visiting here is about soaking up the serene atmosphere and enjoying the historic architecture. One of the most impressive things to see is the Slaughters’ manor house. First built in 1086, the manor house even has its own 14th-century crypt.

Another interesting sight is the 19th-century flour mill; last used as a mill in 1958, it’s a particularly charming spot today thanks to its conversion into a tea room. Strolling between the two Slaughters along the river is a tranquil way to spend your time here. 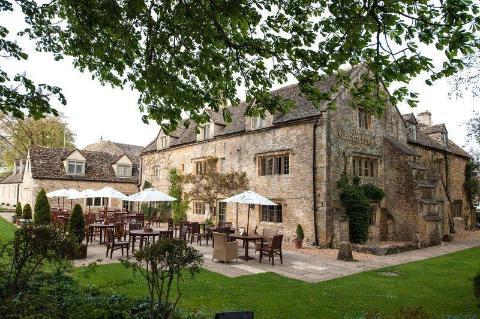 LORDS OF THE MANOR

Set in 8 acres of secluded gardens and parkland 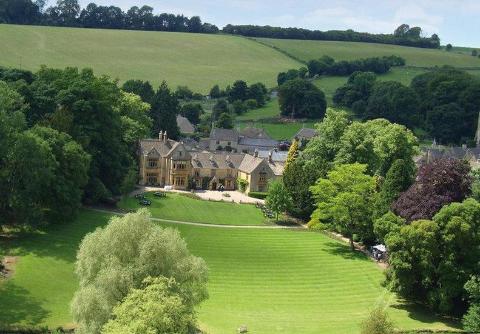 Painswick is another historic wool town in the Cotswolds. Located near Stroud, it’s placed around the halfway mark on the Cotswolds Way National Trail.

Its hillside location means that it’s surrounded by rolling green countryside, and is a particularly attractive spot for walkers to enjoy a break in a natural setting. It has a wealth of small, winding roads, along which you’ll find interesting local art galleries, boutiques and shops, as well as pubs.

Dubbed the “Queen of the Cotswolds”, there are also some beautiful historic buildings here, many using the traditional Cotswolds stone, and some boasting attic rooms where weavers would have once worked.

One of the main architectural draws is the 11th-century Church of St. Mary’s, which boasts 99 yew trees on its grounds and is steeped in legend. And close by, the stunning Gloucester Cathedral is less than a 15-minute car ride from here. Features a traditional bar and restaurant 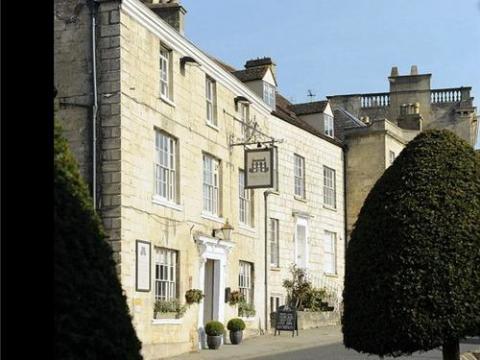 Situated in Gloucestershire, Cirencester is situated 80 miles from London and is the largest town in the Cotswolds. Though its origins are earlier still, Cirencester really boomed into life under the rule of the Romans—during this time it became the second-largest town in Roman Britain after London.

Due to that there are many Roman remains that have been excavated around the town; Chedworth Roman Villa is great for exploring an ancient slice of domestic life, and there’s even the ruins of an amphitheatre, too. Learn all about it at the Corinium Museum, which features a large collection of Roman finds.

There’s a big craft scene in Cirencester, with plenty of weavers, stained glass makers, basketmakers—the list goes on. In fact, the Victorian-era Arts and Crafts movement flourished here and still does to this day. Cirencester makes for a good base for a first-time visit to the Cotswolds. Chipping Norton is an old market town in Oxfordshire, and situated way up in the hilly Cotswolds—on the slopes of a former Norman castle—it’s the highest town in the county. Markets have been held in Chipping Norton since the 13th century, helping it boom to a major wool trading hub in the 15th century.

The town’s St. Mary’s Church, an impressively large “wool church”, points back to its wealth as a trading town. Built in the Perpendicular style, the church is elaborate and beautiful both inside and out. Another architectural gem here is the almshouses; founded in 1640, they were gifted by the wealthy Henry Cornish.

But Chipping Norton isn’t just a historic open-air museum; this town is very much alive and has a vibrant, local atmosphere to discover.

The Crown and Cushion hotel 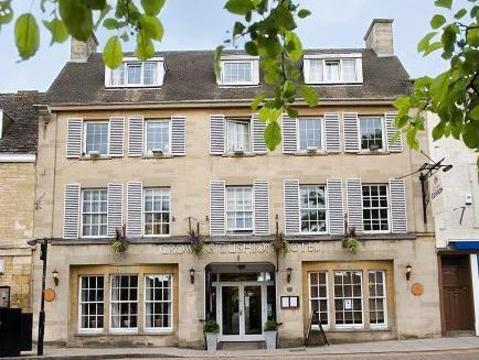 Cottage with garden and free wifi Accommodation with free WiFi and a bar 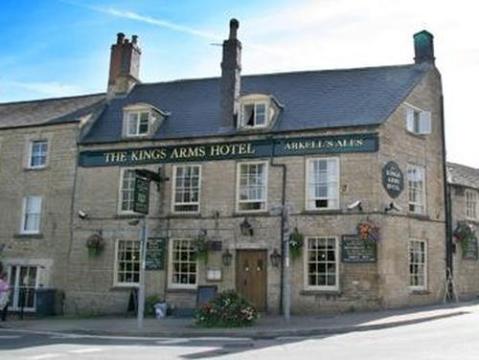 The medieval market town of Winchcombe is located in the county of Gloucestershire midway between the village of Broadway and Cheltenham. If you enjoy hiking and plan to walk the Cotswold Way you will pass through Winchcombe along the way.

History lovers will enjoy exploring nearby Sudeley Castle. This is where the ill-fated Lady Jane Grey lived for a short time in 1548. The tomb of Katherine Parr (the only English queen to be buried on private land) can be found in the castle chapel. Read more about the Cotswolds

We have more helpful and informative posts to help you plan your trip to the Cotswolds:

CLICK HERE FOR MORE INFORMATION ABOUT OUR TRAVEL PLANNERS 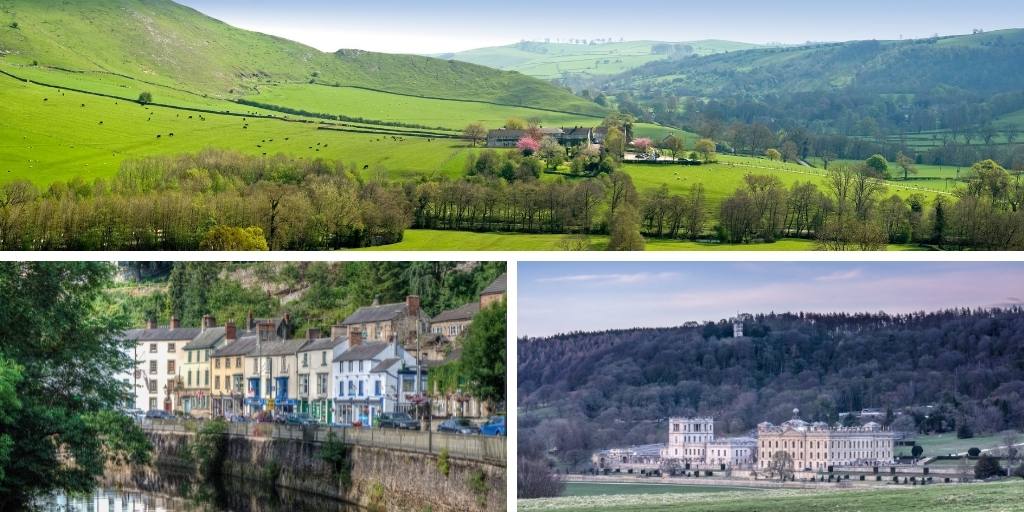 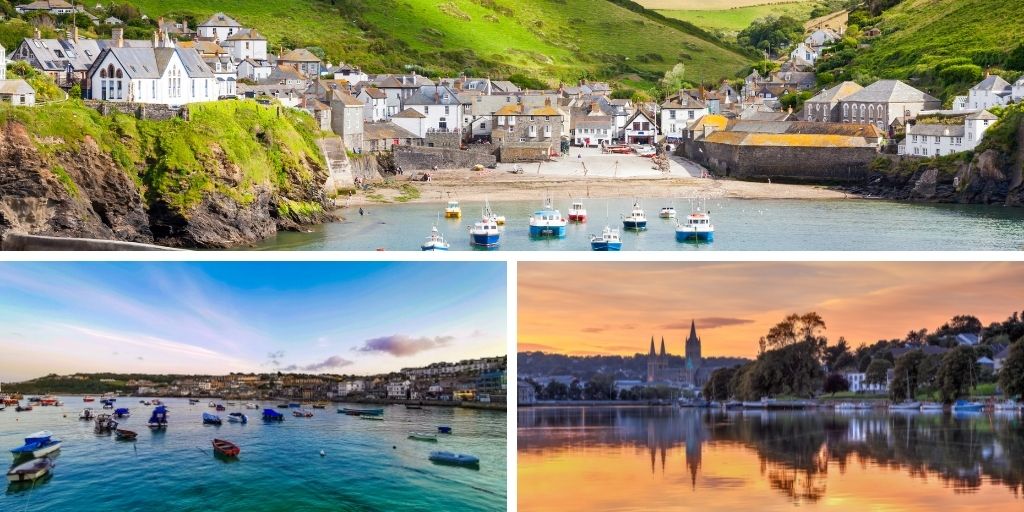 Our Durham Travel Guide includes recommended places to visit and things to do, accommodation options, tips and more for this historic northern …
Read More