Top 10 things to do in South East England (+ practical tips) 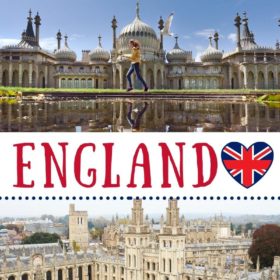 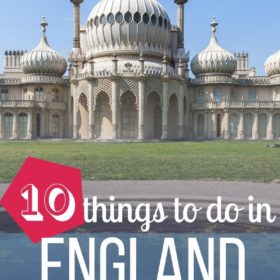 This post may contain affiliate links, which means we may receive a commission, at no extra cost to you, if you make a purchase through a link. Please see our full disclosure for further information. As an Amazon Associate, I earn from qualifying purchases.

The counties of South East England are easily accessible from London and provide a myriad of interesting things to do and places to visit. Whether you are looking for inspiration for day trips from London by train or for places to add to a UK road trip itinerary you will find lots of great suggestions and practical advice in this article.

South East England is the most populated area of England and includes the counties of Berkshire, Buckinghamshire, East Sussex, Hampshire, Oxfordshire, Surrey, West Sussex, Kent and the Isle of Wight.

There are lots of great things about Brighton but my favourite place to visit in this coastal city is the famous Royal Pavilion.

Transformed in 1815 by the Prince Regent (known as King George IV when he ascended to the throne) its opulent Eastern and Indian influences and flamboyant design is something to behold!

Unfortunately you are not permitted to take photo or video when in the pavilion but take my word for it – you will be astonished by the beauty of it! Take your headphones to access the audio guide on your mobile phone.

The Royal Pavilion is open daily (except Christmas and Boxing Day) but check the website for times as they vary throughout the year.

2. The Mary Rose and HMS Victory

The Mary Rose and the Victory are two famous and historically important ships.

The Mary Rose is the older of the two ships and was Henry VIII’s flagship between 1510 and 1545. It was involved in numerous battles against his enemies and was sunk in 1545 during a battle with France. The ship was raised from the seabed of the Solent 1982.

The Victory was Admiral Horatio Nelson’s flagship and fought in the Battle of Trafalgar in 1805.

These historic vessels are located in Portsmouth Historic Dockyard.

Arundel Castle in West Sussex dates back nearly 1000 years. The former home of the Duke of Norfolk is one of a number of historic castles located close to London (all worth a visit if you have time)

The castle is open from May through to November (see the official website link below) with open air shows and family friendly events held throughout the year.

At present (August 2020) there are two ticket options available – £10 for entry to the gardens and £15 for entry to the castle and gardens. All tickets must be purchased on-line with date and arrival slots available from Friday for the following week.

If you are visiting the castle by train (which I highly recommend as parking is not easy) it is only a 10 minute walk or short taxi ride from the train station.

I grew up in the shadow of Hadrian’s Wall in Northumberland and love anything to do with Roman Britain.

One of the best places in the UK to find out the lives of our Roman invaders in this rather chilly and damp part of the Roman Empire is just outside Chichester at Fishbourne Roman Palace.

This lavish Roman Palace with its beautiful mosaic floors is really worth a visit. Most of the palace has been excavated and the gardens reconstructed so you really get a feel for life in Roman England. The palace is the largest Roman residence in northern Europe and unbelievably was only discovered and excavated in the 1960s!

Leeds Castle is famously the former royal residence of 6 of England’s medieval queens. During the reign of Henry VIII it was transformed into a retreat for the rich and powerful.

Situated in Kent the castle celebrated its 900 year anniversary.

Featuring as the destination of the characters in Chaucer’s medieval collection of stories known as the Canterbury Tales, a UNESCO World Heritage Site and the home of the Archbishop of Canterbury this cathedral city in South East England is a popular tourist destination for visitors to the UK.

In 1170 Thomas Becket the then Archbishop of Canterbury was murdered in the cathedral by followers of King Henry II. Following his recognition as a martyr and saint the shrine of St Becket became a destination for pilgrims during medieval times.

Canterbury is located only an hour away from London by train (no walking necessary) and is a great day trip from the capital.

Instantly recognisable to fans of the period drama Downton Abbey Highclere Castle is the home of the 8th Earl and Countess of Carnarvon.

Highclere has an annual calendar of events with a selection of guided tours available. Opening days and hours are variable so do check the official website for more details.

As it is an extremely popular destination for both UK residents and visitors from abroad it is recommended to book as far ahead as possible.

8. The University city of Oxford

Another popular and easy day trip from London is to Oxford the ‘City of Dreaming Spires.”

If you are interested in learning more about the history of the university and exploring some of the famous colleges I recommend taking a walking tour.

There are lots of things to see and do in Oxford and it is an easy city to navigate on foot. Consider your footwear and prepare for lots of walking.

If you are a Harry Potter fan you will discover numerous locations in Oxford that feature in many of the films.

Located in the city of Winchester in Hampshire this is one of the largest cathedrals in Europe. Built by William the Conqueror after his victory at the Battle of Hastings in 1066 the cathedral contains the remains of numerous monarchs.

Within its walls you will also find the final resting place of English novelist Jane Austen.

Take a tour of the cathedral with one of their guides and learn about its 1000 year history.

In the crypt you will find one of sculptor Anthony Gormley’s creations Sound II.

The birthplace of Winston Churchill and ancestral home of the Dukes of Marlborough Blenheim Palace in Oxfordshire was listed as a UNESCO World Heritage Site in 1987.

Visitors can enjoy a tour of the palace and a wander round the extensive grounds (designed by Capability Brown) Plan to spend a day if you can as there is a lot to see.

The butterfly house and famous maze are also worth a visit!

A bonus #11 addition to this list is Bletchley Park. During the World War 2 this was the top secret headquarters of some of the world’s best codebreakers.

Today you can visit Bletchley and learn more about the important work carried out here during the war. Bletchley Park is located 80 kms north west of London and can be reached by train.

It is a few minutes walk from Bletchley railway station.

WHAT TO READ – Best books to read before you visit South East England include The Wind in the Willows, Watership Down, and the Inspector Wexford novels.

WHAT TO WATCH – Best movies to watch before you visit South East England include Les Miserables (Portsmouth Historic Dockyard), Pride and Prejudice (Basildon Park in Berkshire) and The Imitation Game (Bletchley Park)

WHAT TO DO : Click here for recommended tours of the South East

WHERE TO STAY : Click here to find the best accommodation in the South East or here for the best Airbnb’s available.

WHAT TO EAT – Whitstable oysters.

PRINCIPLE TRAIN STATIONS – Outside of London these include Ashford International (for the Eurostar), Brighton and Southampton.

TIP: If you are staying in London these destinations are easily accessible on a day trip by train or car.

Where will you go in South East England?

I hope that these 10 South East points of interest and places to visit will provide lots of ideas for your trip.

Want to explore some of England’s other regions? Head over to my other area guides to England which include the North East, North West, East Midlands, West Midlands, Yorkshire, South West and East of England.

—-> Join my UK and London travel planning group on Facebook for more tips, inspiration and help from other travelers planning future travel to London and the UK. 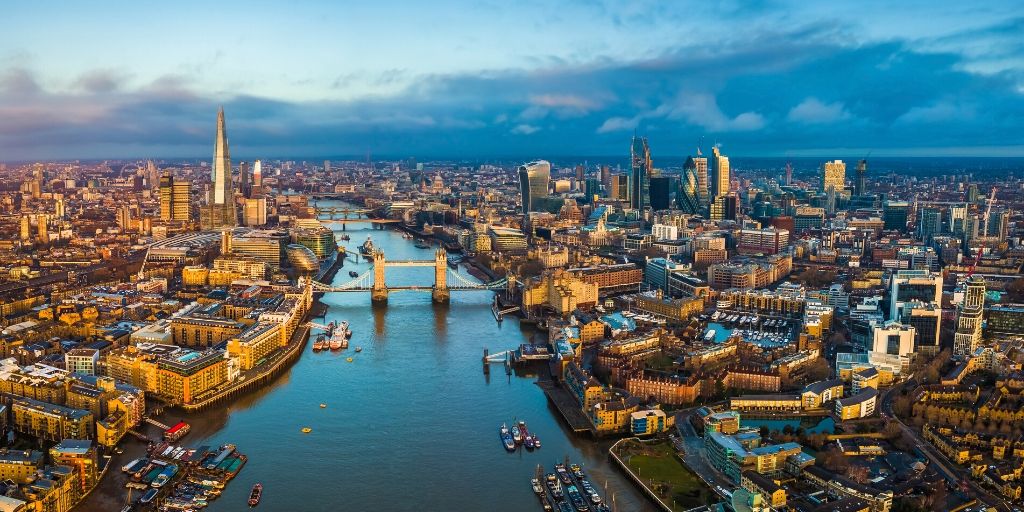 The Ultimate London Bucket List (A-Z plus tips and map) 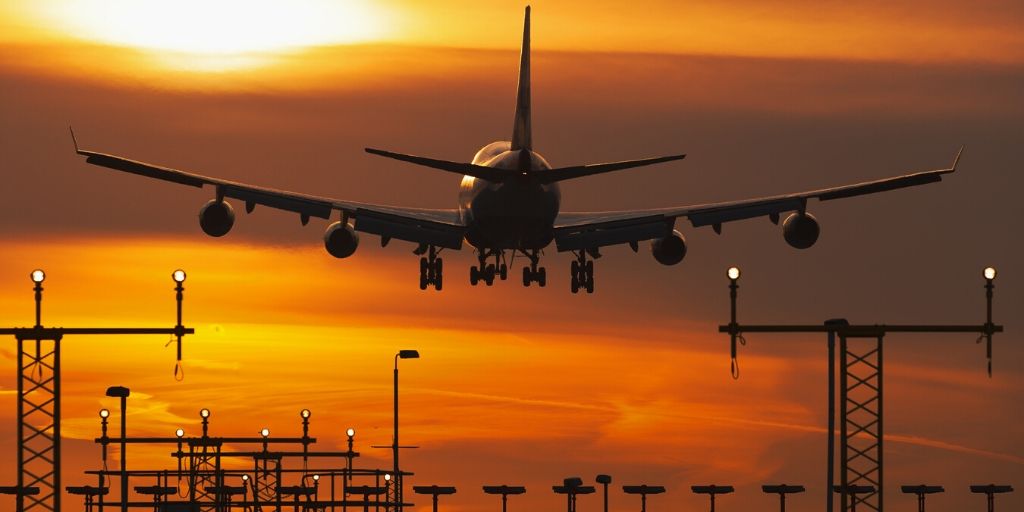 Best ways to get from Heathrow to London

Everything you need to know to organise your transfer from Heathrow into London including by train, bus, private transfer and…
Read More 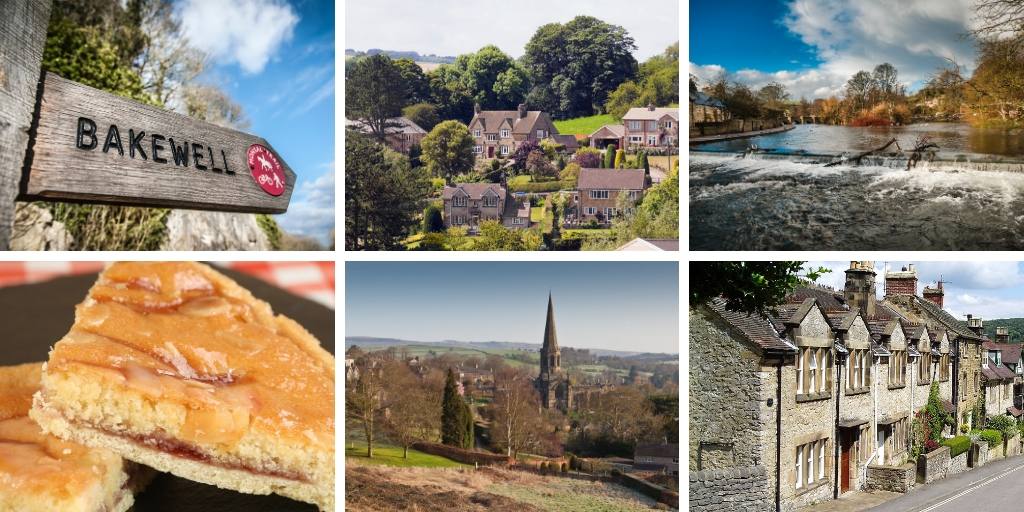 Things to do in Bakewell Derbyshire

Find more inspiration for your travels in my England Travel Guide which includes information about what to see, where to stay, how to get around, travel tips, recommended reading and more to make the most of your trip.

This post may contain compensated links. Please read our disclaimer for additional information. As an Amazon Associate, I earn from qualifying purchases.

With over 35+ years of experience exploring the UK we are here to help you plan your travels to (and around) the UK.

We use cookies to ensure that we give you the best experience on our website. If you continue to use this site we will assume that you are happy with it.YESNOREAD MORE
You can revoke your consent any time using the Revoke consent button.Revoke consent